After bazillion different complications (Murphy’s law, I guess) I finally landed in Naples and got on the shuffle bus to Maiori. I’ll never forget this journey. Some bald guy was driving like crazy, hitting the horn every time he was passing the car that dared to be slower, of course everything while talking on the phone. In Neapolitan.“Well, it doesn’t get any more Italian than this, does it?” I said to a terrified, elderly lady from UK who was sitting next to me and kept repeating “Sweet Jesus” every time we would take a curve.

After an hour our bus arrived to the coast. I got off, looked at the view ahead of me and gagged. I sat on the bench and spent an hour listening to the sound of waves, admiring the sea that was just simply too blue to be real and observing people sunbathing on the beach. I have to admit, it was pretty good first impression. And, as I learned during the following weeks, I only got better.

I’ll come back to the views later, but for now, let’s talk work.

To be honest, after rather poor experiences with internships in Poland, I wasn’t  expecting anything more than copying documents from 9 to 5, fortunately I couldn’t be more wrong. First of all,  you need to know that ACARBIO is nothing like a typical office. There weren’t any gray walls or narrow boxes. We were working in a charming, cozy cottage adapted to the needs of the office, immersed in the greenery of Tramonti. I wasn’t copying documents, I actually learned a lot. I had a chance to improve my English and Italian by writing and translating articles for the website, I learned how to write ERASMUS+ projects and how does WordPress work, I was making maps, mapping terraces in Corsano, I helped rescue from abandonment an old shelter in the middle of the woods, I was planting salad and fennel seedlings (in the middle of November!) and I became an expert in labeling jars 😉 with “red gold” – an antique variety of tomato called Re Fiascone, that ACARBIO basically saved from extinction. 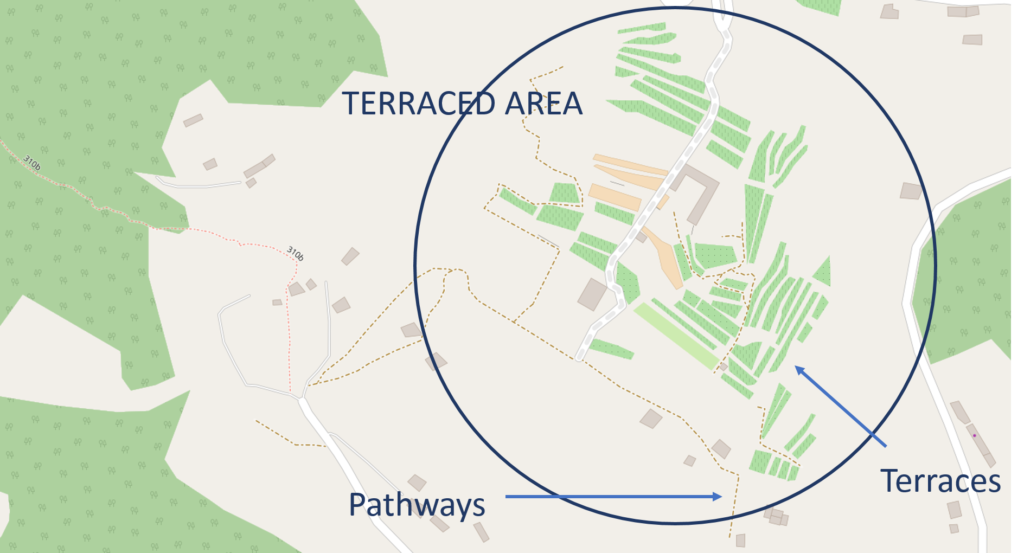 Since I’ve already mentioned tomatoes, the time has come to talk about food

Thanks to Enzo, the president of ACARBIO, I had an unique opportunity to try a real, home, Italian cuisine. From products cultivated in association’s garden, he was able to create truly exceptional dishes. I didn’t realize how good can taste pasta (which by the way Enzo made by himself couple of times) with pumpkin, or potatoes, or beans, or poppy seeds (SIC!). I got to eat probably the best risotto in my life, I learned how to prepare a proper coffee (not as simple as you might think), I tried deadly spicy peppers and had pleasure to observe the process of making  pane biscottato. Enzo taught me how to make pagnotto (google it), and believe me, it is worth to apply for this internship just to try his pagno-pizza. Oh, and I almost forgot about Chilean, Chinese and Austrian dinner! So much delicious food, so much stress when finally came the day of Polish evening… 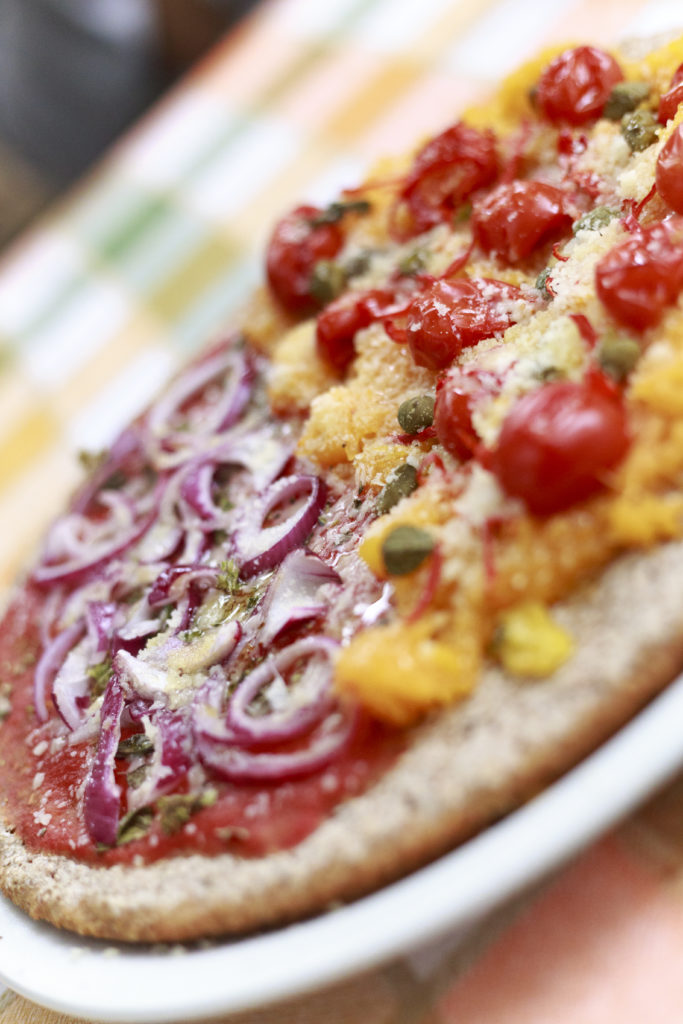 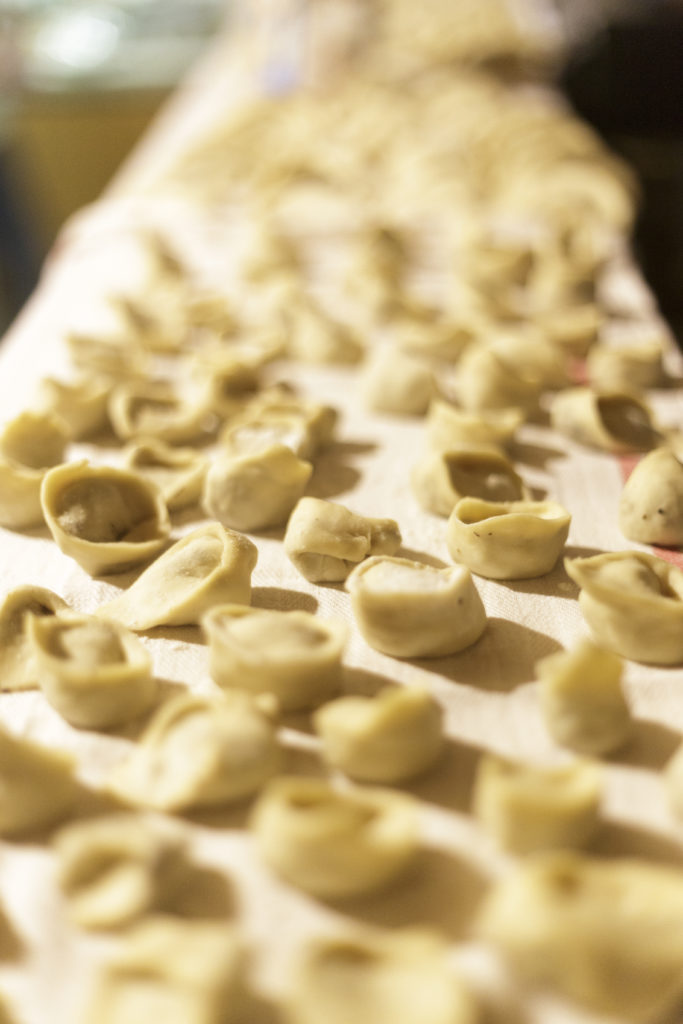 Let’s go back to the views for a second.

Amalfi Coast is, without a doubt, one of the most beautiful places in the world. Full of small, picturesque cities “attached” to the mountains that literally fall into Tyrrhenian Sea. There are lemon orchards, olive groves and vineyards everywhere you look. I used to spend my days off on visiting absolute ‘musts” like Amalfi, Positano, Salerno or just wandering down alleys of less known, but equally beautiful Minori or Atrani. I absolutely fell in love with Ravello that towers over entire Coast and had so much fun during the trip to Capri that I took with ACARBIO team in September. While sitting on a chairlift that was taking us up to the summit of Mount Solaro I realized that I’m actually afraid of heights, but God oh God it was worth it. The views were just breathtaking. 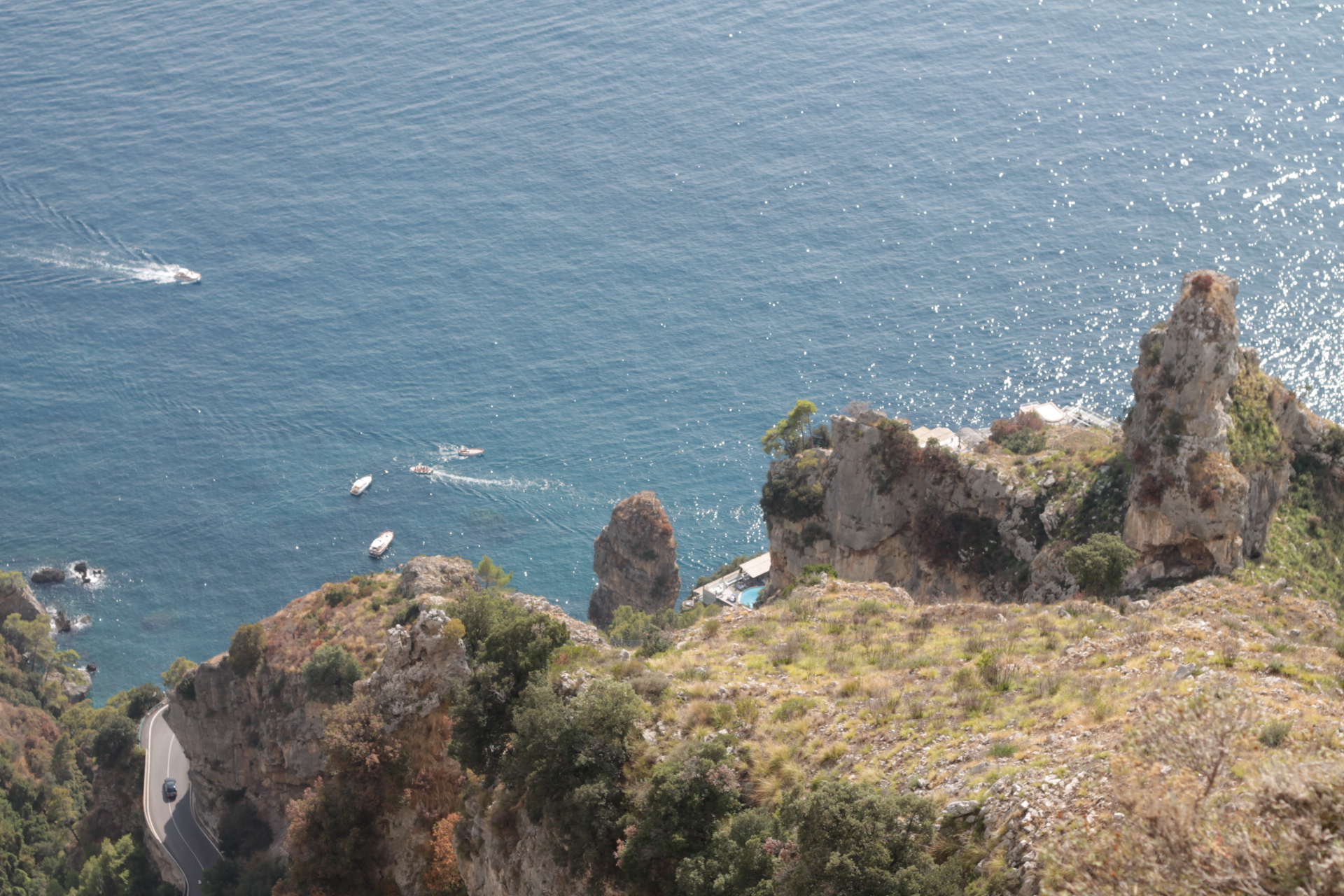 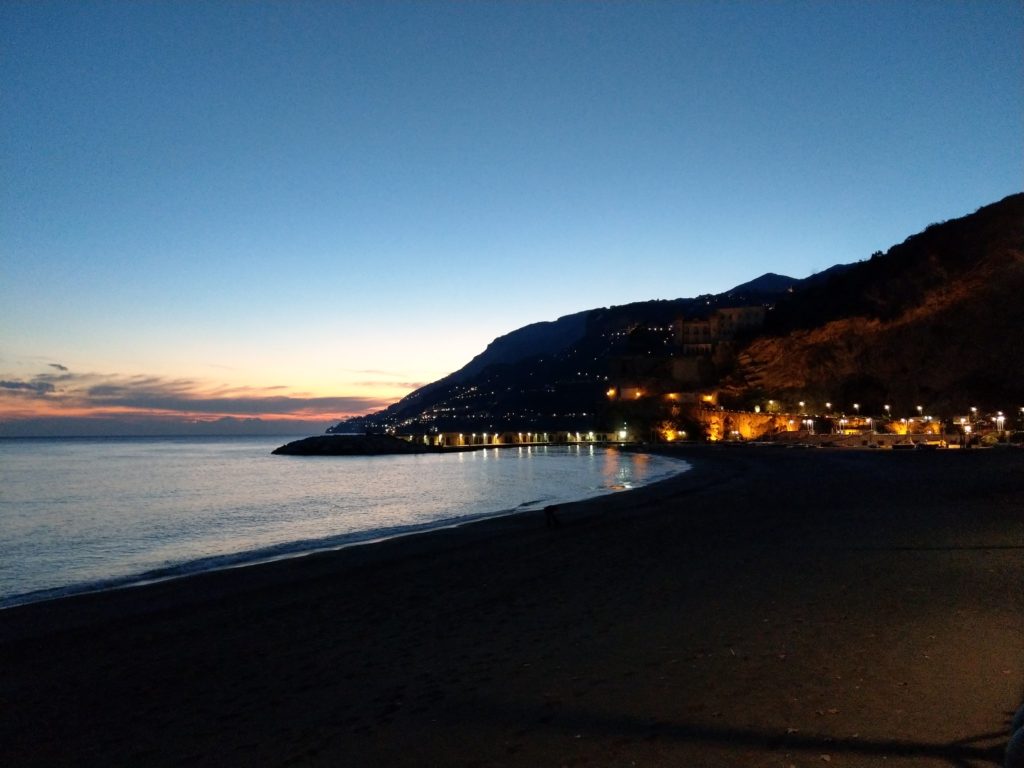 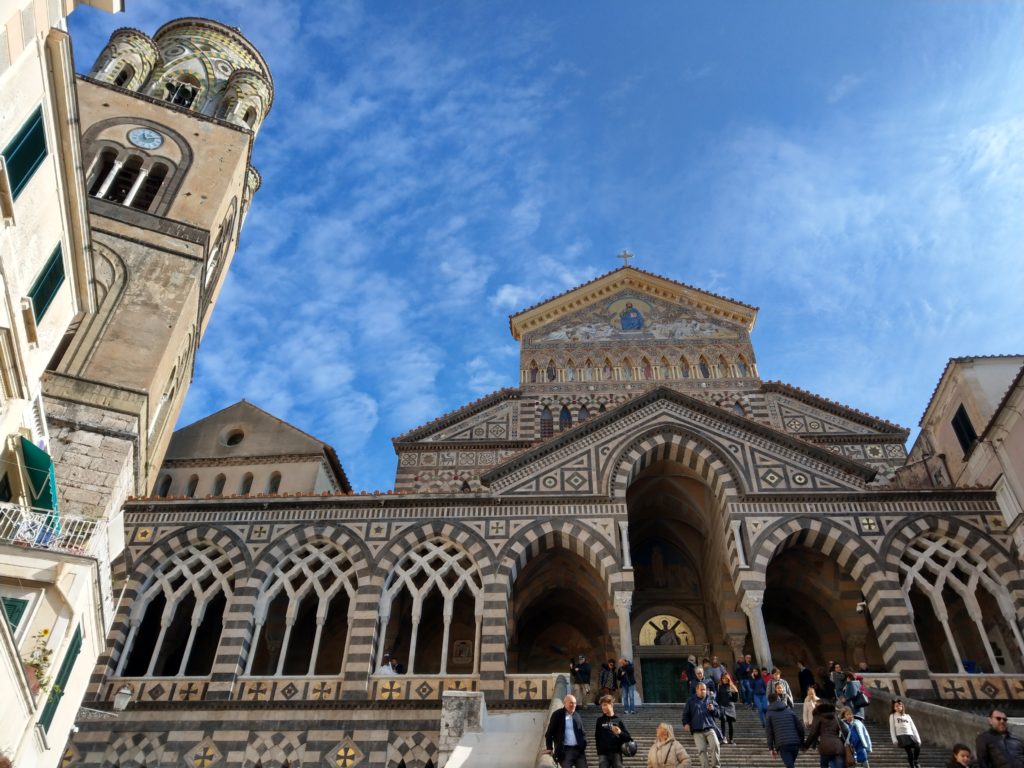 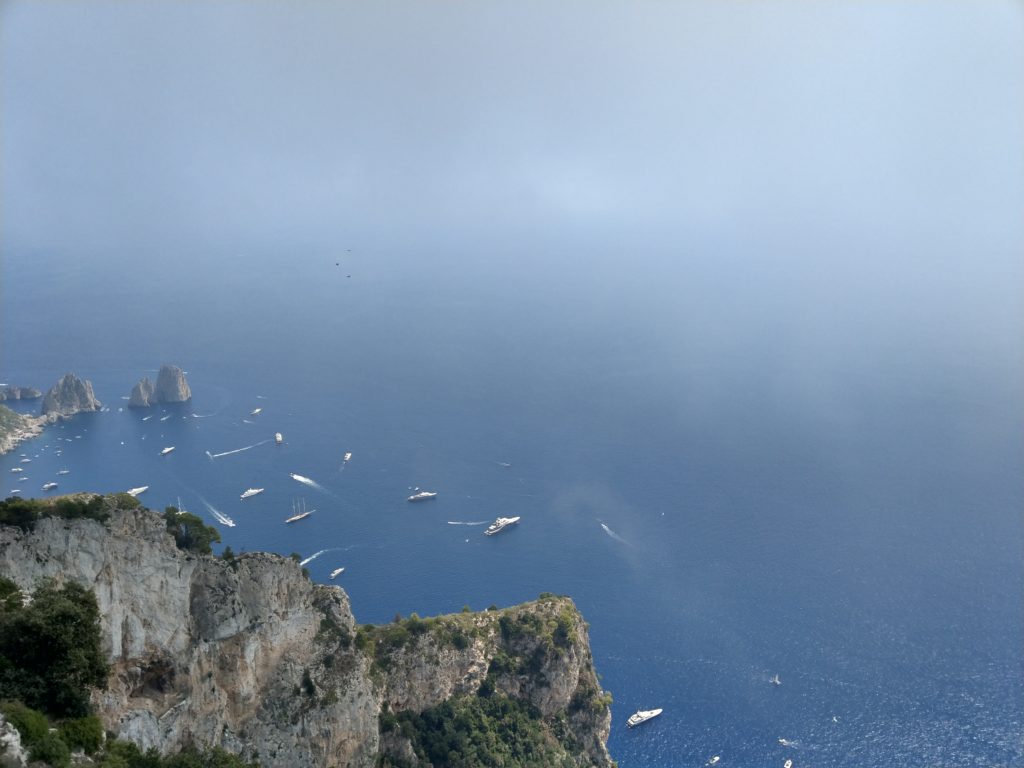 Let’s move on to the last part of my story, the most important one – people

I met a lot of  fascinating people whose open-mindedness, intelligence, passion, commitment for work and bravery were absolutely inspiring.

I’m gonna start with super nice and understanding locals who would always pick us up when we were trying to hitchhike.

Then workawayers: Claudia (probably the nicest person in the world) and Felix with whom I had pleasure to do the Path of the Gods, eat pizza in the garden in Ravello, chill on the beach in Maiori; Chemi, Mauro and Mona with whom we would go for a beer after work, Amber –three weeks that she spent in ACARBIO for me were probably the most entertaining of all.

The amazing staff of ACARBIO: Enzo – chef, Mcgyver, visionary with head full of ideas; Antonio -super intelligent, super funny and just a tiny bit nerdy (still in a good way) mystery guy who liked humming to hard rock songs. Talking nonsense with you during lunches was a pure pleasure! Cornelia – she was the one who glued ACARBIO together. Super-well-organized, always thinking three steps ahead, very passionate about her job, the only one who really understood polish way of consuming alcoholic beverages, which I consider a tremendous asset :); Valeria who preferred baby spiders and praying mantis over puppies and kittens. I guess that’s how passion for entomology manifests itself. I’m sure that we’ll read her first article in Nature in no time.

And finally, last but definitely not least, Carla and Jenny, my amazingly awesome flat mates. I’ll never forget our conversations in the kitchen, drinking wine from pizzeria, playing guitar and singing like crazy, watching movies and Chinese talent shows. We had so much fun that I could write an entire book about it. Can’t wait to meet you again! 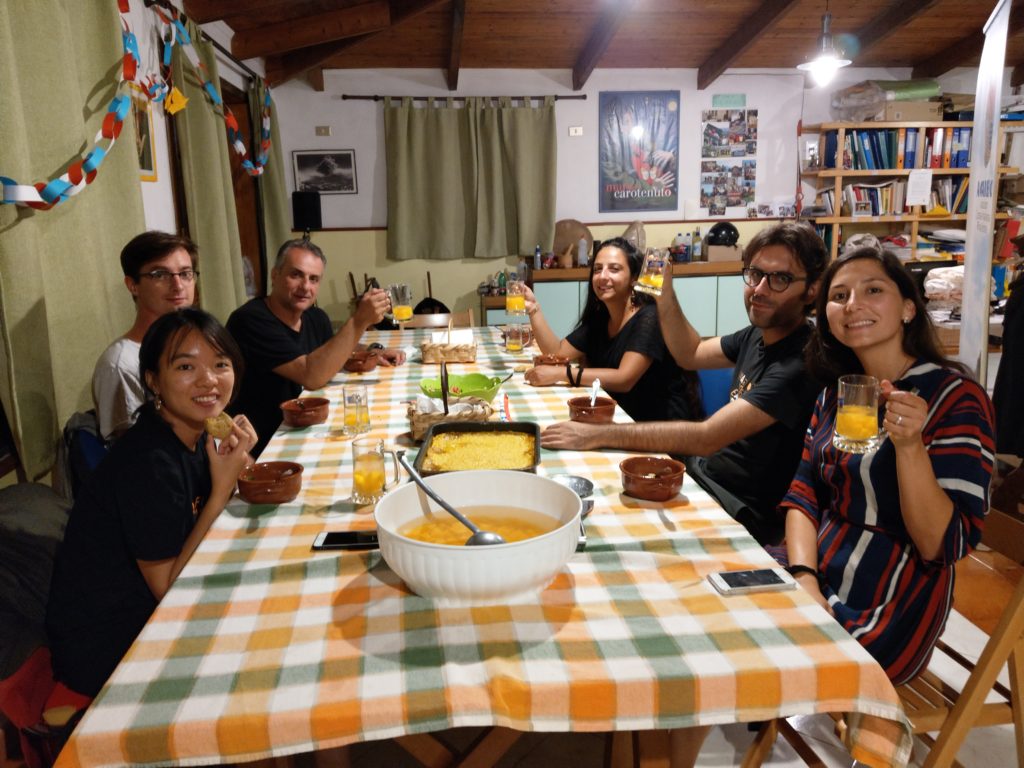 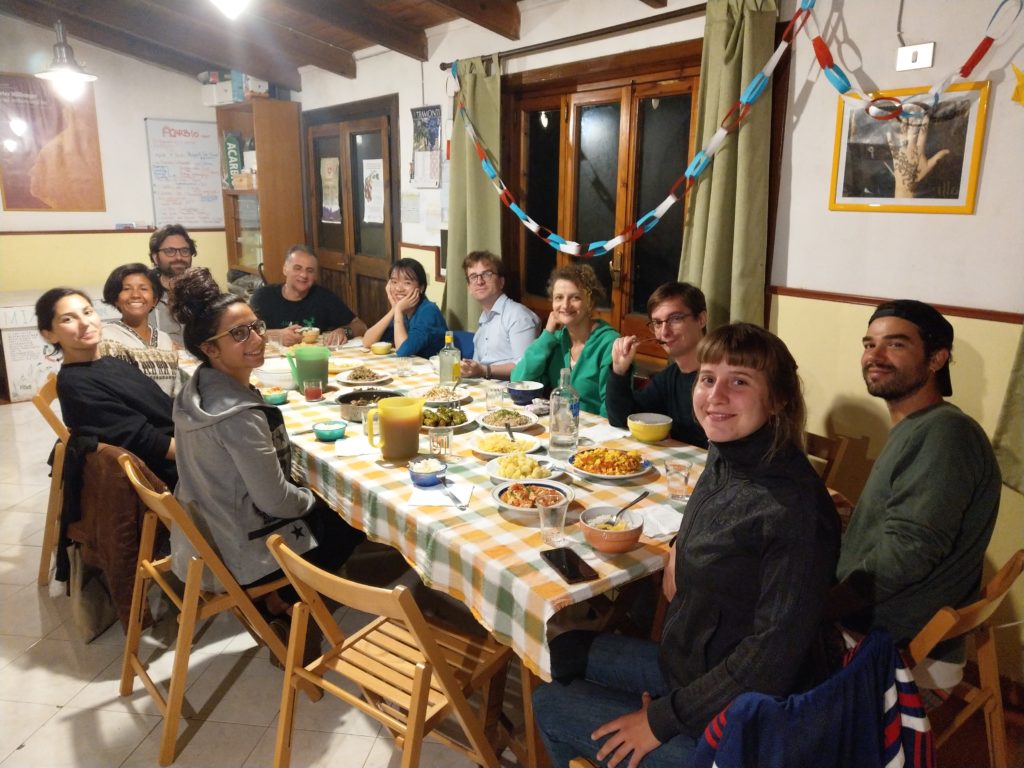 All good things come to an end, and so did my adventure in ACARBIO. I came back home as a totally different man: more confident, calmer, wiser. Now I look at the world form a totally different perspective and I’m very excited to start this new chapter.

I had the time of my life. Thank you guys for making saying goodbye so hard!