Or else how a forest region can turn into pollutant 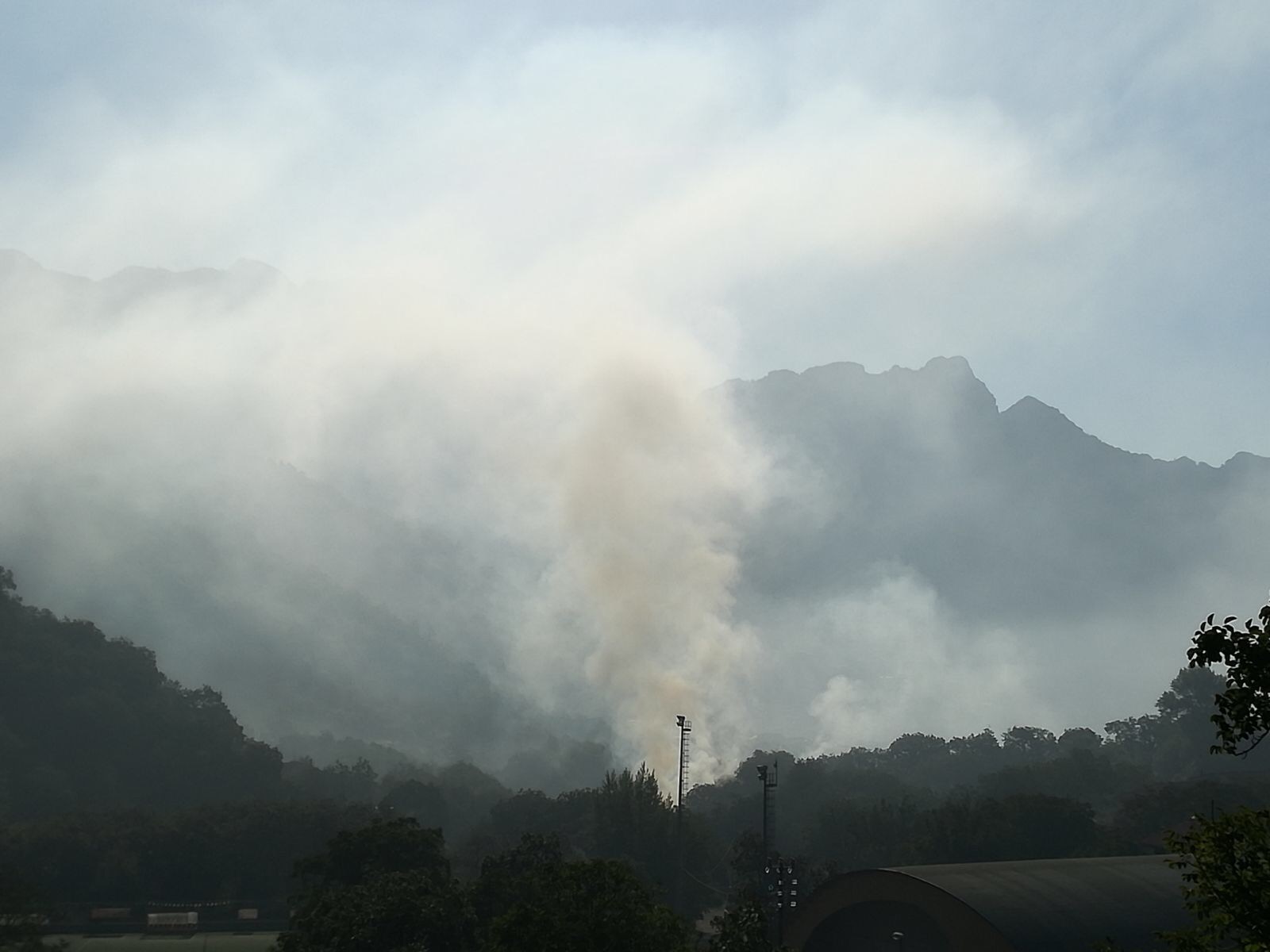 After a summer with awful wildfires across the coast, almost a month ago, I noticed many small fires across Tramonti. Since I come from an agricultural region of Greece, I understood that this is part of the “cleaning process”. But as the days were passing by the fires became even more, the smoke unbearable, the landscape suffocating and I even got breathing problems. It’s been almost a month that the “cleaning fires” are on and it’s about time to do some research, because the situation doesn’t look right.

While trying to find out why local farming uses so much fire, I decided to first visit the Corpo Forestalle of Tramonti to get informed about the legislation on burning agricultural waste. Apparently, there is a schedule approved by the municipality allowing  the locals to burn their garden’s waste every Tuesday and Thursday from 9.00 to 16.00 and during the chestnut period  every day from dawn until 10.00.

Is this working? Every single person who lives in Tramonti knows that there are fires every single day, all day long. Unfortunately, there is a collection of photos and videos proving this fact. Who is responsible for controlling? The local police (polizia locale) seems to be the authorized body for controlling that locals follow the legislation. When the police were asked why the schedule doesn’t work, they claimed that they are understaffed and while having other cases to deal with, there is not enough time and staff to have control over the fires. What do I see? Indeed, lack of staff, but also weakness in setting priorities and having appropriate control of the territory of Tramonti.

What mostly though surprised me was the ignorance of the authorities (corpo forestale, carabinieri, polizia locale) for the impacts of this cleaning method on public health. Chemical analysis of smoke coming from vegetal waste burning shows that contains: 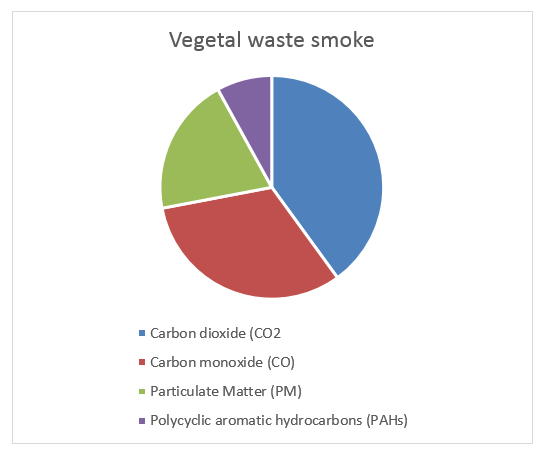 This smoke is considered a very strong pollutant and very dangerous for the ecosystem and the public health, because it also contains dioxins.

Dioxins are toxic linked to health problems, such as:

Dioxins also have environmental effects, as they: 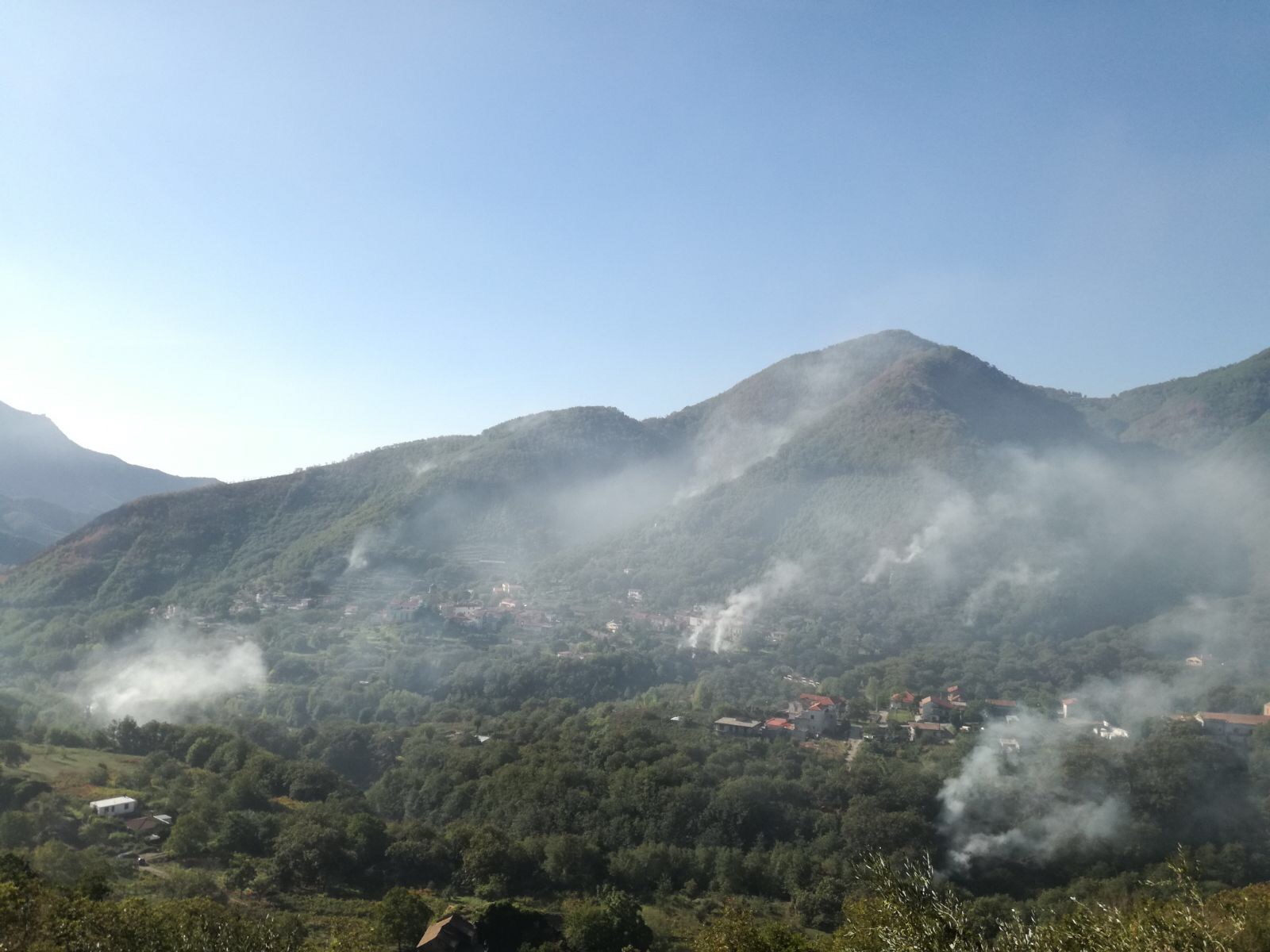 Even though burning vegetal waste is an old practice and specialists admit that it helps in the destruction of wild herbs and the reduction of parasites, the burning of agricultural waste generates nutrient immobilization (mainly nitrogen) of the bacterial flora in charge of decomposing the stubble of the previous crop. That means, that the soil fertility is getting poorer because the soil ecosystem loses balance. Moreover, it can provoke wildfires in the region, as it happened recently in Tramonti.

Especially, the chestnut’s waste shouldn’t get burnt, as it is considered a rich fertilizer, improving the soil fertility. In many countries, after harvest farmers leave chestnut waste on the ground to naturally decompose and fertilize the soil. In some cases, they also do business with chestnut soil, as it is a very good natural fertilizer for flowers and other kind of plants. 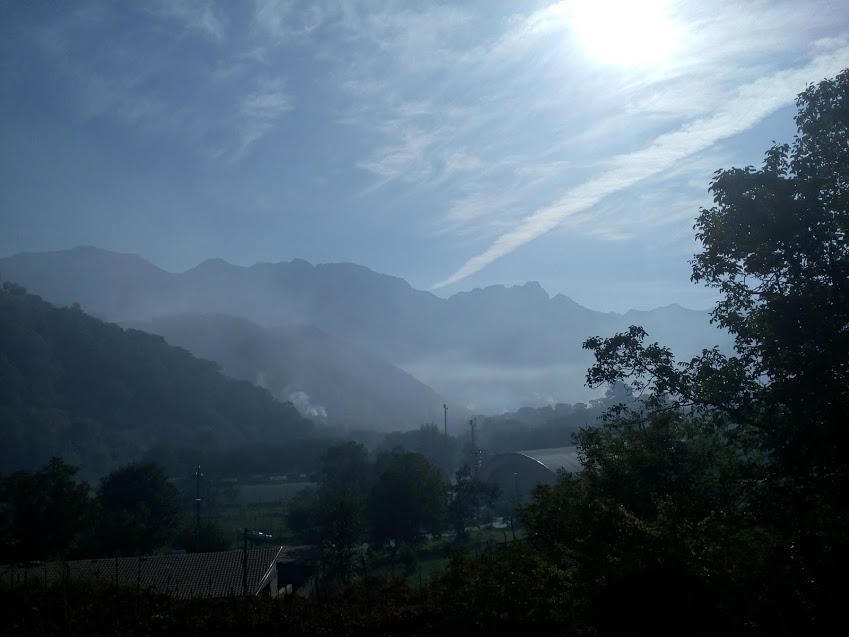 I’m pretty sure that there are several methods of cleaning vegetal waste that instead of polluting the local territory, enhance its productivity, while public health and environment are not in danger. It’s very important that local people are getting informed about these methods and  local police make sure that in any case the legislation is followed. 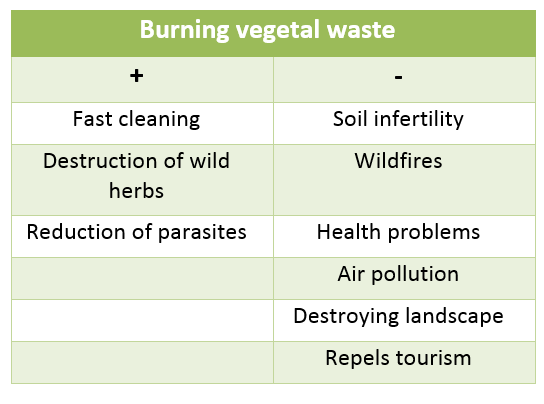