The free beach of Minori is also ours

The fourth version of Make It Blue started on July 31st, 2018, with the arrival of volunteers from all over Europe. As past years, the Make it Blue project is done in collaboration with YAP Italia and the Municipality of Minori, and it is a work camp dedicated to clean the beaches, support the local community and create awareness on beach and ocean pollution present in the region.

In this edition, there were two different workcamps, each of them lasting 12 days, with the same camp leaders / coordinators, our interns from Uppsala University: Emilija Žilinskaitė & Carla Cecconi. Both workcamps overlapped for 3 days, which benefited the information exchange from one group to another, giving tips and relevant knowledge about the daily activities and experiences lived in Minori. 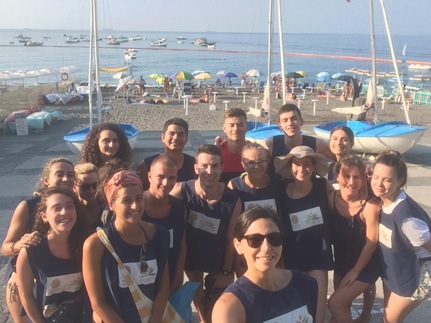 All of the volunteers, which came from 12 different countries, Slovakia, Estonia, Italy, Greece, Spain, France, Finland, Serbia, Russia, Denmark, Lithuania and Chile, decided to spend their summer holidays in a different way, motivated to be part of the change, and were constantly giving ideas on how to improve the trash situation in Minori, for example setting signs for the trash containers indicating what should be recycled in there.

One of the main element that was found by the volunteers on the beach, were cigarette butts, left by the smokers on the sand. The people who do this may think that it is ‘just one cigarette’, however, during 21 days of beach cleaning, there were at least 9.000 of them collected. This situation inspired the groups to do a Flashmob that showed the reality of the problem. Making a 20 meter cigarette line, along with two big carton cigarettes filled with cigarette butts, the volunteers marched on the 11th and 19th of August, around the three free beaches of Minori, saying out loud ‘All of these cigarettes we found them on the beach, and you… where have you put yours?’, trying to provoke a reaction on the visitors of the beach. 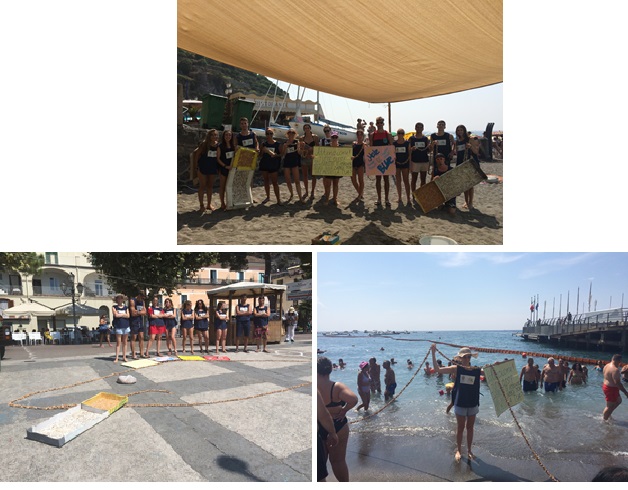 After both flash mobs, there was considerably less trash found on the beach, however, during the following days, the situation did not improve and went back to the initial state. With this, there were days where the spirits and motivation were low, also after the food truck festival, when the beaches were filled with food cartons and napkins; Nevertheless, there were inspirational situations that made us all be positive about the impact we are generating with the Make it Blue project: Kids on the workshop were able to differentiate the trash and recycle in a proper way, two little girls followed the volunteers while cleaning the beach and asked to join and help, and uncountable people approached the team to congratulate them for their work and the example that is being set for the younger ones.

Aside from the working life, our volunteers also enjoyed their free time, with local food dinners prepared by our friend Alfonso, beach parties, concerts, music events organized by the municipality, and lindy hop lessons, led by Emilija!

We are very happy to have been able to host this project for the fourth consecutive year, and very proud of all the people that came here and gave their time and knowledge to Make it Blue again!