The castle on the hill, in the middle of Tramonti, overviewing the whole valley and all the hidden and detached part of Tramonti – it has a particular fascination on everyone who visits the town. So here for you – the history of the Castle of Eleonora di Aragona and how it became the cementary of Tramonti!

In the Erasmus+ project “RESCUE – Renewed Spaces U Educate” we did research on the Medieval Castle of Eleonora di Aragona. Today it is the cemetery of the town, but it was not always like this. The Castle is on a central position on a hill in the middle of Tramonti, from where the view extends over most part of the territory and is limited only by the Sea in the South and by the mountain chain of the Monti Latteri in the East, West and North. The research was part of the activities to recover the old pathway that leads from the Hamlet of Corsano up the hill, to the castle and to the hamlet of Capitignano. It was done by volunteers Denise Barbaro, Alessandro Di Landro and trainee Anil Özen in the early months of 2022.

The construction of the Castle took place in 1458, only 4 years before the tower of Chiunzi was built. The tower of Chiunzi is not visible from the Castle, it lies on the pass of Chiunzi which crosses the Monti Lattari and leads down to the metropolitan area of Naples. In regard of their strategical position, both of them were built in order to defend the territory against intruders. Only around the year 1900, after many years of struggles, the now former castle was converted into a cemetery and as such a place of rest and dormitory for the dead. Again, its strategical position was crucial – it lies far from other places in town and thus avoids any possibility of further contagion of potential diseases.

But let’s start go back to Medieval times, when the Maritime Republic of Amalfi is influencing the particular culture of Tramonti as we know it today, and where King Ferdinando I would raise the importance of Tramonti.

TRAMONTI IN THE MARITIME REPUBLIC OF AMALFI

Between the 800s and the 1000s, the Republic of Amalfi had a significant place in the Mediterranean. From Amalfi, Sailors traded with all parts of the Mediterranean and started to shape the Amalfi Coast as we know it today. In this period, Tramonti was the forest area, supplier of food, resources and home of the bread, providing for the whole Republic and its sailors. Up until today Tramonti hosts a high amount of traditional wooden stoves for bread making, and the specific bread, Pane Biscottato, is consumed in this part of the region until today. In the process of bread making, Tramontans developed a panella condita, a small disc of the same dough, garnished with oil, griece and spices, and was baked in the ovens that waited to be ready for the bread and eaten for lunch.

THE KINGDOMS OF ANGIOINI AND ARAGONESE

Eventually, the area was conquered by the Normans who ended the area of the Maritime Republic of Amalfi. Subsequently, a military conflict went on between the ruling families and dynasties of Aragonese and Angevins – a conflict that should go on for centuries. Officially, the prior ones succeeded and took power with the treaty of Caltabellotta in 1302, and the dynasty of the Aragonese began with King Alfonso I. However, the conflict should go on until the 1400 and would influence the fate of many areas in the Campania Region around Naples in Southern Italy. And alas, the particular outcomes of single battles should determine the fate of Tramonti as well.

THE CASTLE ON THE HILL

The construction of the Castle of Santa Maria La Nuova in Tramonti proceeded under Eleonora D`Aragona, the Duchess of Amalfi at the time. Upon her husband’s death, she had gone to stay in Tramonti, eager to reactivate the work started by the husband. For some months she resided there, however, went soon back to her residence on behalf of her duties. However, the times were very moved – and soon military conflict would arouse.

Ferdinando, son of Alfonso I, succeeded his father as King of Naples and Ferdinado I. The heir of the Angevins, Giovanni of Angiò, proclaimed war against Ferdinando I to take back the area of Naples under their power. In this fight, the Amalfitans together with Eleonora d’Aragona, Duchess of Amalfi, joined the Angevins while Tramonti went in support of King Ferdinando I. Despite the devotions made to King Ferdinando, Eleonora d’Aragona took the side of the duke, and also raised the populations of Amalfi, Scala, Agerola and the hamlet of Cesarano in Tramonti to rebellion against the Aragonese. How did the rest of Tramonti chose to stay loyal to the King? We can only speculate abolut this.

Eventually, Ferdinando I succeeded, and granted in his state of gratitude to Tramonti the status as a Town in legal and commercial sense, and as such from now on it was entitled to enjoy the town privileges or borough rights. Tramonti, at the end of the 1400s, thanks those privileges, trade with Naples intensified and allowing the people to export their products on more advantageous terms, including the above mentioned Pane Biscottato, and panella condita, which will later be known as pizza. It is in this context that Naples first encountered this new culinary tradition, which was the ancient pizza, which over time will also become its distinctive element.

THE CEMETERY AT THE CASTLE ON THE HILL

Eventually, the castle was first transformed to a church and later it should become the dedicated place of the cemetery of the town. When constructing the cemetery, some elements of the former church and the fort were maintained but others were teared down or hidden under the new construction. New buildings were constructed, and some of the old cisterns are no longer visible. In addition, about a quarter of a century ago, the church, with a single apsidal hall, was renovated, with the remaking of the vault of the nave and the semi-apsidal dome in reinforced concrete. The blind arches that mark the walls, however, have retained the original acute profile imprinted on them perhaps in the mid-fifteenth century. From outside, the original view of the landscape is still enjoyable, one of the most evocative of the Amalfi Coast. 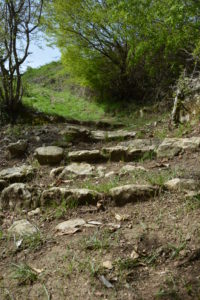 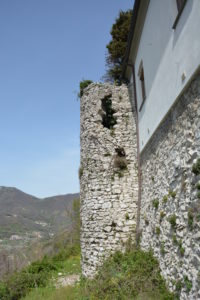 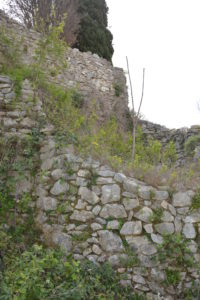 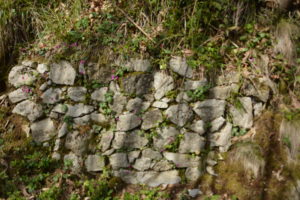 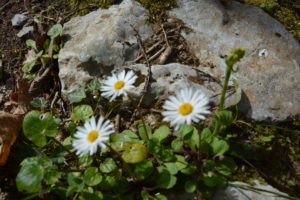 Commenti su “THE “RESCUE” PROJECT IN TRAMONTI: THE CASTLE ON THE HILL”